After exploratory drilling in 2006, and an attempt to core to bedrock in 2010, we are funded by the US National Science Foundation to return to Mt. Waddington (Combatant Col) to retrieve an ice core to bedrock in the coming summers. Our hope is to produce a ~500 year-long record of hydroclimate for southwestern British Columbia, Canada. 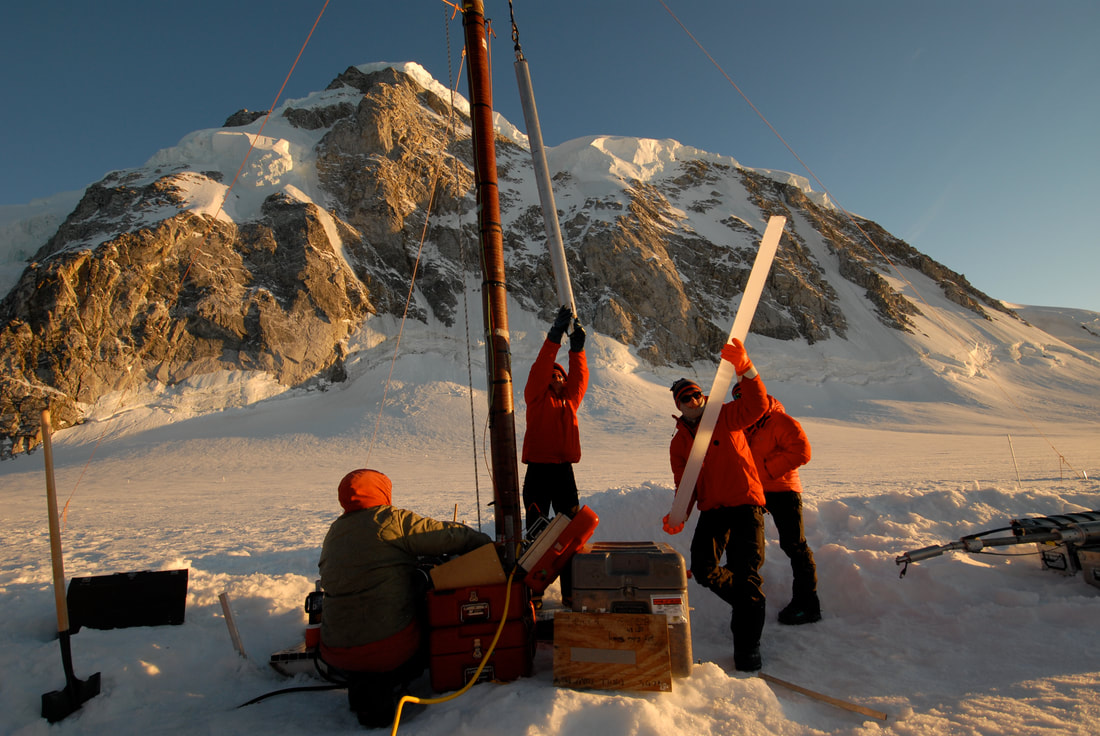